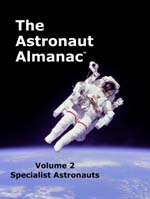 What is a flight surgeon?

A flight surgeon is a physician whose patients are pilots, astronauts, or others who fly. We restrict our discussion to the flight surgeons associated with the manned space program.

(Note: The word "surgeon" is, in this sense, a synonym for "doctor" -- it has nothing to do with operating rooms and scalpels. It's similar to the phrase "surgeon general.")

What is a "dumb flight surgeon trick?"

In the early days of the manned space program, the flight surgeons and other life scientists had many concerns about the ability of humans to function in outer space. Today, these concerns seem outlandish, quaint, and silly.

Why have a web page for dumb flight surgeon tricks?

It takes a long time to recover from a bad start. Today, NASA's flight medicine community is still driven by unreasonable fears -- a legacy it inherited from its founders.

Space travel is not that physically demanding. When Deke Slayton returned from his Apollo earth-orbit flight, he observed that during the flight "I really wasn't doing anything my ninety-one-year-old Aunt Sadie couldn't have done" 3a.

Yet, the NASA medical community continues to apply unreasonable medical standards to those seeking careers as astronauts. (The Russians are even worse.) Some of the younger physicians are trying to change things, but the lock at the top will not soon loosen.